Below is a number of quotes from Dr. Peck's lectures and publications. The majority are
from the publication by Elmo DiBiagio &, Kaare Flaate (2000) as well as feedback from our
website visitors or other sources

On the Importance of Engineering

Our personal, individual attitudes toward engineering and toward society have potential
impact on our country's future. However small that impact, each of us should try to make
it for good.

Engineering is indeed a noble sport, and the legacy of good engineers is a better physical
world for those who follow them.

Hence, we need never fear that our profession will become routine or dull. If it should, we
can rest assured that we would not be practicing in properly.

If it's important, say why!

If you can't reduce a difficult engineering problem to just one 8 1/2 x 11-inch sheet of
paper, you will probably never understand it. (Advise to his students).

Unhappily, far too much we write is not worth reading. The prestige presumed to be
associated with authorship results in great pressure to publish.

We should write with more discrimination.

Perhaps engineers trained in geology have an advantage. They are more likely to accept
mother nature as she exists, rather than as created in the mind of the engineer. Sent by
Scott A. Barnhill, P.E.

Our practice falls short of our knowledge.

It would be a serious mistake to permit the subject of soil mechanics to be taught by
individuals who do not possess an adequate background of field experience.

Why should there be such a discrepancy between our knowledge and our general
practice? To some extent, I fear, because of too much specialization and too little
appreciation of the interrelation of the various branches of civil engineering.

It is the opinion of the writer that the proper growth of soil mechanics has been seriously
misdirected by the injection of an academic conception into the subject.

Unfortunately, with the present trend many students are led to believe that theory and
laboratory testing constitute the whole of soil mechanics.

We should not neglect the aspects for which we have no theory while we over
emphasize the significance of those for which we do.

The most fruitful research grows out of practical problems.

No theory can be considered satisfactory until it has been adequately checked by actual
observations.

Professors and their protégés are often the worst offenders in devotion to research of
minor consequence.

The academic climate encourages finding a subject for investigation that can be pursued
at the desk or in the laboratory until all aspects have been exhausted. The subject is
likely to be chosen more for convenience than for significance.

I see no reason to be ashamed of attempting to solve problems of importance to
practitioners and I am convinced that the serious investigation of questions arising out of
these problems will continue to promote studies of major consequence.

In soil mechanics, no evidence can be considered reasonably adequate until there is
sufficient field experience to determine whether the phenomena observed in the
laboratory are indeed the same as those that operate in the field.

In short, engineering science and engineering practice are not identical. Advances in
science may temporarily appear to run counter to good practice. When this occurs, the
implications should be evaluated carefully, but it should by no means be assumed that
the latest scientific advancement is always in the right direction.

If something is discovered that does not agree with the hypothesis, rejoice! You can than
really learn something new, You are on your way to an understanding of the problem.

Translating the findings of our research into simple concepts and procedures for the
guidance of the practicing engineer is, in my opinion, a duty and worthy activity of our
profession.

Simple calculations based on a range of variables are better than elaborate ones based
on limited input.

We should be on guard not to ascribe to elaborate analytical routines a reliability they do
not possess.

Construction deserves more attention in design. Our permanent structures are too often
designed as if they come into existence without the necessity for being constructed.

Those who try to force Nature into the pattern by simplifying assumptions of theory will
be courting disaster.

Designers and regulatory bodies tend to place increasingly reliance on analytical
procedures of growing complexity and to discount judgment as a nonquantitive,
undependable contributor to design.

The most successful practitioners of the art ( -of engineering- ) will maintain a healthy
respect for the ability of Nature to produce surprises.

Sophisticated calculation is too often substituted for painstaking subsurface investigation.
The ease or the fascination of carrying out calculations taking into account complex
loadings, geometrics, and soil conditions leads many of us to believe that realistic results
will somehow emerge even if vital subsurface characteristics are undetected, ignored or
oversimplified.

A man who has been trained only in theory and in laboratory testing may be incapable of
recognizing the significant problems in the field, and even if he recognizes them, may
have no idea on how to cope with them.

I doubt if guidelines, regulations, or even the best of specifications can take the place of
personal interaction between designers and field forces at this stage.

In my view, nobody can be a good designer, a good researcher, a leader in the civil
engineering profession unless he understands the methods and the problems of the
builder.

Reliance of precedent as a basis for extrapolation may certainly be dangerous, because
significant differences among the precedents may not be appreciated.

On Observation and Instrumentation

Instrumentation is no substitute for adequate design.

What is often forgotten is that the observational method is an adjunct to design, not a
substitute for it.

Indeed, in my judgment, the simplest measurements are always the best because they
have the least possibility for error and the greatest likelihood of survival.

An instrument too often overlooked in our technical world is a human eye connected to
the brain of an intelligent human being.

We need to carry out a vast amount of observational work, but what we do should be
done for a purpose and done well.

Most of the shortcomings, in the writer's opinion, originate in the attitudes and actions of
the persons most intimately concerned with the creation and completion of the project:
the owner, designer, constructor and technical consultant.

The observational method, surely one of the most powerful weapons in our arsenal, is
becoming discredited by misuse. Too often it is invoked by name but not by deed.

Unhappily, there are far too many instances in which poor design is disguised as the
state of the art merely by characterizing it as an application of the observational method.

Instrumentation, vital for obtaining quantitative answers to significant questions, is too
often misused, especially in earth and rockfill dams.

There is a danger that instrumentation may be discredited because of indiscriminate use.

There is actually such a thing as engineering judgment and it is indispensable to the
successful practice of engineering.

Yet a sense of proportion is one of the main facets of engineering judgment. Without it,
an engineer cannot test the results of a calculation against reasonableness.

Unreasonable and unrealistic criteria grow out of lack of judgment, a lack of perspective
as to the relative importance of things. Unfortunately, such criteria are not uncommon.

A good engineer has a feel for the appropriateness of his solution from the narrowest
technical details to the broadest concepts of planning. His judgment tells him if each step
is sound and if the whole enterprise is sound.

Theory and calculation are not substitute for judgment, but are the basis for sounder
judgment.

Your real security will lie in your ability as engineers, which in turn will depend on the
quality of your judgment.

Employment selected for experience, and the self-discipline of private study and
cultivation of your powers of observation, must necessarily improve your judgment.

Finally, the writer would suggest that the consultant should be wary of making
non-technical judgments. He is not a lawyer. He is often not called into a controversy until
the battle lines are drawn. If he ventures out of his technical specialty, he may become
unwillingly a pawn in the struggle.

As long as the myth persists that only what can be calculated constitutes engineering,
engineers will lack incentive or opportunity to apply the best judgment to the crucial
problems that cannot be solved by calculation.

Where has all the judgment gone? It has gone where the rewards of professional
recognition and advancement are greatest - to the design office where the sheer beauty
of analysis is often separated from reality. It has gone to the research institutions, into
the fascinating effort to idealize the properties of real materials for purpose of analysis
and into the solution of intricate problems of stress distribution and deformation of
idealized materials. The incentive to make a professional reputation leads the best
people in these directions.


This small selection of quotations listed above does not give full justice to neither the
engineer, nor the professor nor the consultant that Ralph is. Thus, we would like to add
to the list and additional few words of wisdom, written by another engineer, that do
indeed portray the philosophy and image of Dr. Peck so very well. 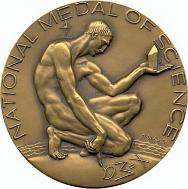 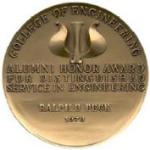